How to Help Clients with Pain: A Neurophysiological Perspective

Encountering danger is a normal part of life, and the brain is command central for detection, evaluation and organization of how an individual responds to it (van der Kolk, 2015). To the chronic pain client, pain is often interpreted as something threatening; a signal of potential harm to their overall safety and well-being (Gatchel et al., 2007).

So when pain emerges, how is the nervous system implicated? When clients become avoidant and fearful of everyday movements, how can fitness professionals help them navigate their movement limitations in conjunction with their emotional, psychological and social stressors?

The Accelerator: The human brain is organized hierarchically and develops primarily from the bottom up (Santrock, 2016). As neural networks emerge and evolve, they are governed through the interplay of time, genetics and environmental interaction.

The limbic system is one of the first to ‘come online’ and is shaped in direct response to experience; in partnership with one’s biological & genetic makeup (van der Kolk, 2015). Composed of the thalamus, hypothalamus, hippocampus, amygdala, and other subcortical structures, this system is deeply rooted in emotion and acts as the “emotional hub” for all vertebrates.

Along with the brain stem, the limbic system functions similar to a smoke detector. It’s on the look out for potential threats and lurking dangers, for what’s pleasant and rewarding, and is the evaluator of emotional relevance (van der Kolk, 2015). 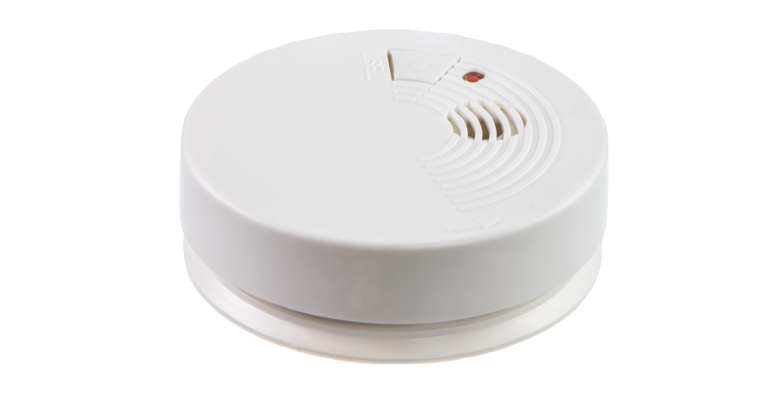 Emotions come fully equipped with turbochargers, and the limbic system is the accelerator.. Input from the eyes, ears, nose, and somatosensory systems all have first dibs on interpreting incoming information. Left to its intuitive presumptions, the limbic system can run one’s smoke detector into overdrive, becoming hyper-alert and overly responsive.

In these instances, a steadfast braking system is required.

The Brakes: Juxtaposing the limbic system is the pre-frontal cortex (located in the frontal lobe). This system is last to fully mature and is responsible for higher executive functioning (Santrock, 2016). Commonly referred to as the rational brain, the pre-frontal cortex is at the helm of functions such as anticipation & feedforward planning, emotional regulation, empathetic understanding, decision making and problem solving (van der Kolk, 2015).

With the limbic system operating as a perceptual smoke detector, the pre-frontal cortex functions more like a watchtower, cognitively analyzing and evaluating circumstance from the top-down. It’s far less likely to jump to hasty assumptions. Instead, introspection and reasoning is this systems modus operandi. 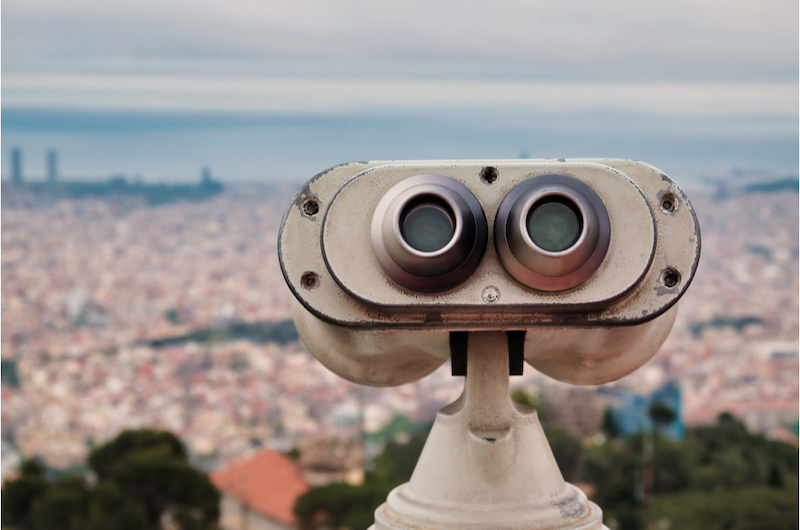 For instance, observing an individual walking down a dimly lit street wearing a business suit likely wouldn’t set off many alarm bells. The limbic and pre-frontal regions assess the situation and come to agreement; “nothing threatening here”.

However, spotting that same silhouette dressed instead as a clown with full make-up would surely precipitate a reaction from one’s smoke detector.

The conspicuous, sinister nature of a clown is salient enough to facilitate both a bottom-up (limbic system) and top-down (pre-frontal cortex) response. Both the smoke detector and watchtower weigh in and are in total unison: “this is potentially threatening to us and our safety.”

But what happens when limbic and pre-frontal appraisals perceive otherwise benign or neutral input as salient, threatening and potentially harmful? How does pain influence these two regions?

The Nervous System and Chronic Pain

Nothing has the element of pain. Not a hammer, not a knife, not even the coffee table that’s become magnet for stubbing toes. Nothing has the element of pain except that which the brain perceives as being painful (Moseley & Butler, 2003). In other words, pain is an emergent property of the brain; influenced by neurobiological, cognitive, sensory and affective inputs. 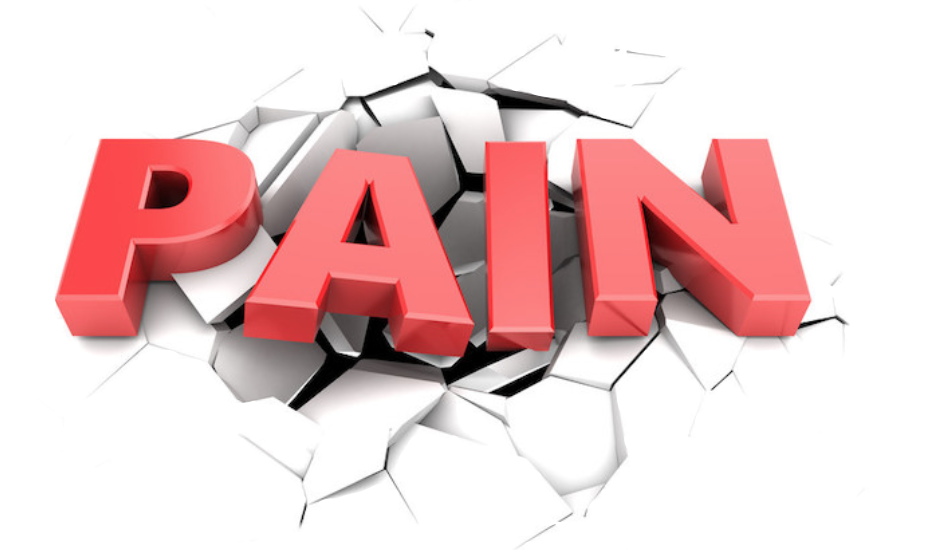 And because pain relies on context, the nervous system is on a continuous exploration of all available information to assess the cause of pain, so it can be avoided in the future. Left alone to its immediate, jumping-to-conclusion mechanisms, the smoke detector is often first to be triggered; increasing hyper-arousal, movement hyper-vigilance and fear-avoidance tendencies.

In these instances, the smoke detector and watchtower are no longer operating as an adaptive, unified alliance. Approaching one and not the other is therefore an incomplete strategy.

Approaching Pain from the Top-down & Bottom-up

Knowing how to influence the limbic and pre-frontal regions is a non-negotiable when working with clients in pain. 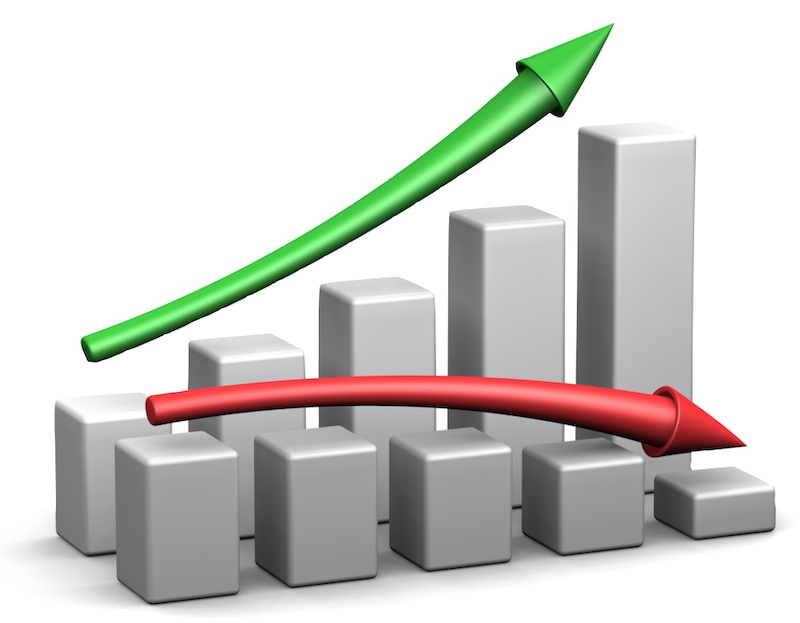 Top-down:
How can health and exercise professionals approach pain from the top-down? Through a two-phase process; both taking place through the medium of consultation.

Remember, the pre-frontal cortex is involved with cognitive undertakings such as regulating emotions, planning and anticipation, analytical appraisal, problem solving and decision making.

As such, inquiries into the clients point-of-view fosters empathy, mutual trust | rapport and the inception of safety. As this develops, the restoration of agency (the ability to have influence over one’s circumstance | feeling in control of one’s life) can begin planting its roots.

The following are questions which emphasize each client’s unique point-of-view regarding their pain experience. While in no particular order, these questions are designed to magnify cognitive understanding and enhance emotional awareness. The answers revealed can be profoundly influential, both for client and practitioner:

Here are some additional inquiries with top-down relevance:

In phase two of the consultation, the focus is aimed at educating clients on the most up-to-date literature on pain science and emphasizing a conceptual change from ‘pain is a sign of damage’ to ‘pain is a protective mechanism’ (Moseley & Butler, 2015). This is central in helping clients “make sense” of their pain experience.

Imagine a client’s sense of assurance (and emotional relief) when they realize ‘pain is a protective mechanism’ as opposed to ‘a definitive sign of tissue damage or serious injury’. Emotions, perceptions, appraisals, thoughts, beliefs… they all have an opportunity to expand and evolve through the medium of education.

However, as influential as a top-down approach is, the consultation alone is not enough. Cognitive understanding does not change how one feels as they move. Integrating the limbic system is still paramount.

Bottom-up:
When the smoke detector’s alarm bells begin signalling danger is near, no amount of talk therapy, verbal coaching or logical insight alone will silence them. The moment one detects danger, ‘fight or flight mode’ automatically occurs (van der Kolk, 2015).

Remember, the limbic system is shaped in direct response to experience. Therefore, if a client has multiple reference points reinforcing that movement equals pain (e.g. bending over = back pain), finding novel strategies which help clients learn to regulate autonomic arousal while simultaneously establishing a baseline of pain-free movement is key.

One of the foremost objectives in a bottom-up strategy is enhancing a client’s general sense of safety within their own body (van der Kolk, 2015). And while there is no gold standard departure point, regulating sympathetic | parasympathetic functioning of the autonomic nervous system is an excellent bottom-up starting point.

When functioning optimally, rhythmical heart rate fluctuations between the SNS and PNS (referred to as heart rate variability) enhances one’s control over impulsive emotions (Jerath et al., 2015). In fact, approx. 80% of the vagus nerve fibers (connecting the brain to many internal bodily organs) are afferent fibers, meaning they travel from the body to the brain (van der Kolk, 2015).

Therefore, deliberately focusing on breathing acts as communication highway between the body and the nervous system. As such, this bottom-up strategy helps client’s learn to regulate physiological arousal while recalibrating their limbic systems response to threat appraisals before any corrective intervention takes place.

Bottom-up Practical Application - Breathing
In this context, the purpose of the client lying supine in the 90/90 position is to create a stabile base of support (perpendicular to gravity’s vector) where clients can successfully learn to rhythmically engage their diaphragm independent of gravitational perturbations. 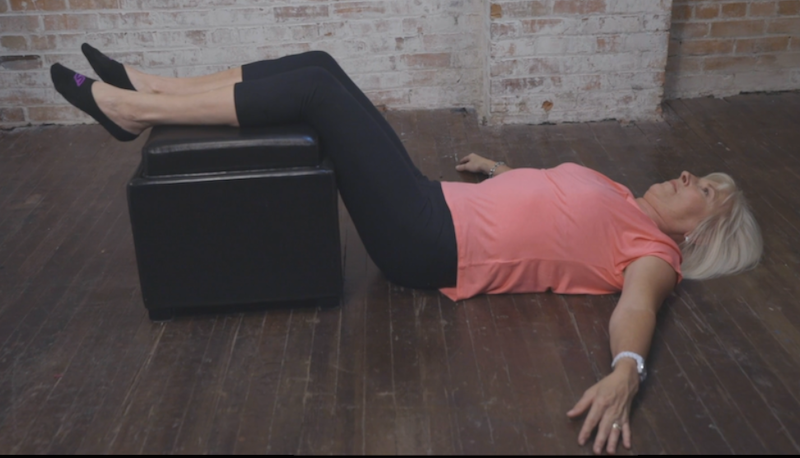 Taking into account neurophysiological and psychosocial considerations, this exercise aids in moving clients towards the following objectives:

Practical Application - Graded Exposure
Gradually exposing a clients nervous system to novel movements which scale in biopsychosocial complexity is referred to a graded exposure (George et al., 2010). This approach provides an associative re-learning opportunity where the limbic system and pre-frontal cortex learn and adapt in response to a new experience; the essence of neural plasticity.

The following is a system for categorizing corrective exercises from a graded exposure perspective. Each ‘level of exercise’ builds off the previous and centres on a biomechanical and neurophysiological continuum which gradually exposes clients to their subjective fears and anxieties. 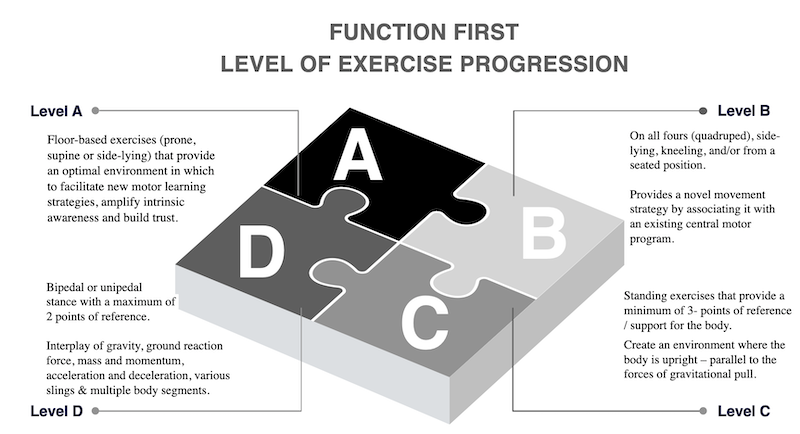 This framework fortifies re-establishing adaptive appraisals and communication between the smoke detector and the watchtower within the context of movement.

For instance, if a primary objective in your corrective exercise strategy is to enhance thoracic extension, Function First’s ‘Level of Exercise’ continuum serves as a graded exposure framework for neuro-physiological and biomechanical exercise progressions.

Level A Corrective Exercises¨
‘Level A’ exercises are floor-­based exercises (prone or supine) that provide an optimal environment to facilitate new motor learning strategies. This level fosters a down-regulation of the limbic system, helping clients regulate autonomic arousal while enhancing their intrinsic awareness and general sense of safety within the context of movement.

Level B Corrective Exercises
‘Level B’ exercises are performed side lying, 1/2 kneeing, kneeling on all fours (quadruped) and/or in a seated position. The ascending complexity here is designed to increase a client’s emotional resiliency towards exercise uncertainty and aid in recalibrating limbic and pre-frontal appraisals.

Level C Corrective Exercises
‘Level C’ exercises are standing exercises that provide at least 3 points of reference for the body, where the body is upright – parallel to the forces of gravitational pull. These exercises provide an environment where the biomechanical progressions create a reinforcing feedback loop of physiological excitation and modulation, further regulating sympathetic | parasympathetic function and enhancing the re-emergence of efficacy | movement confidence.

Level D Corrective Exercises
‘Level D' exercises are performed in a bipedal or unipedal stance with a maximum of 2 points of reference. These exercises are designed for the continuation of cortical (pre-frontal) and subcortical (limbic) integration while escalating in sensory-­motor complexity; involving the interplay of gravity, ground reaction force, mass | momentum, acceleration & deceleration, various slings and multiple body segments.

To further bolster each clients sense of agency, autonomy and self-reliance, the image below takes into consideration each client’s experiential interpretations - which are designed to help: 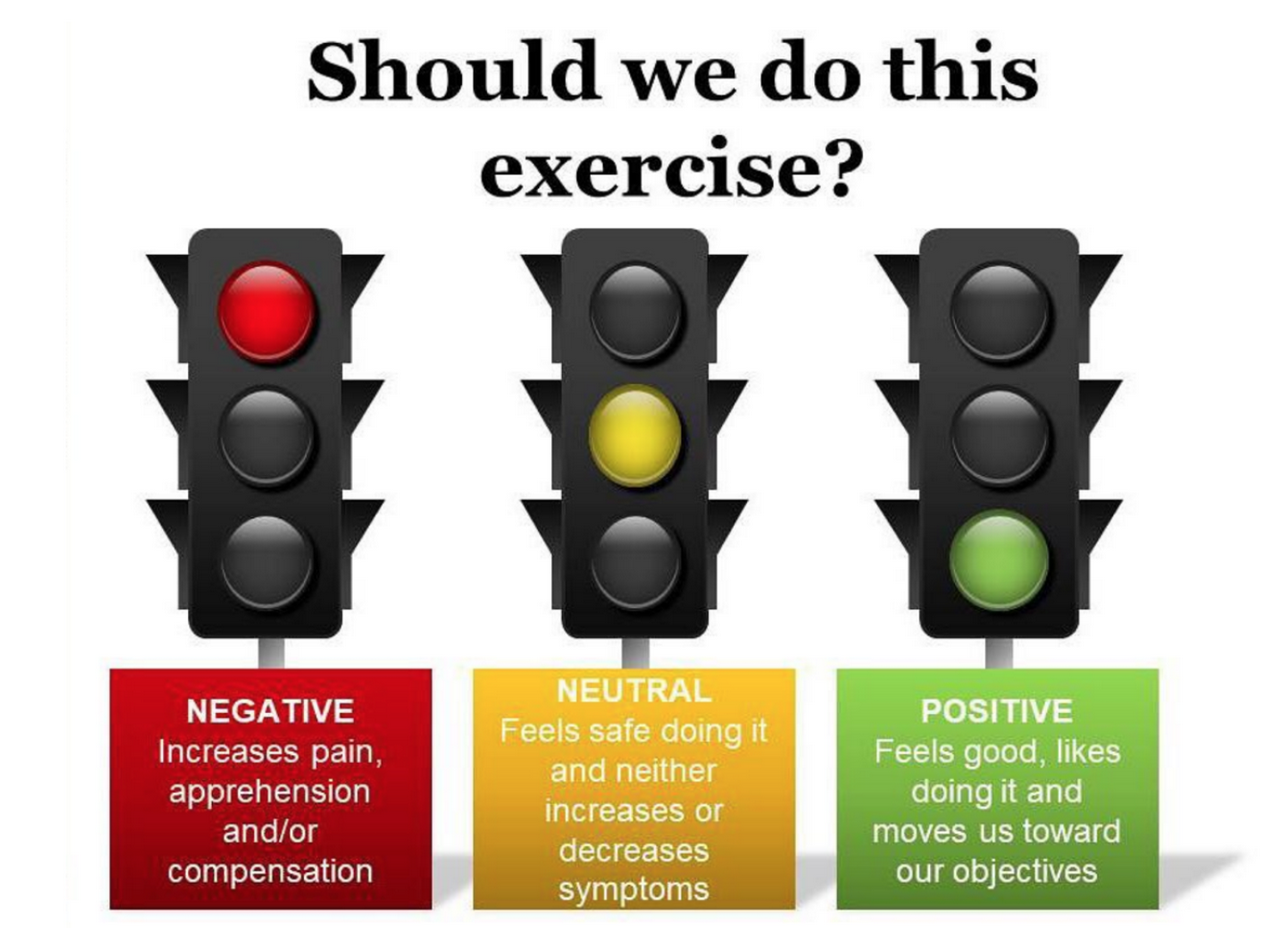 As health and exercise professionals, helping clients with their pain is no easy task. With numerous factors to consider coupled with the singularity of each individual pain experience, one thing is for certain; there is no universal template applicable to all clients.

Helping clients in pain carries with it an inherent degree of uncertainty. This is inescapable. As such, embracing the ambiguity with a multifaceted and comprehensive strategy becomes magnified.

Taken together, approaching pain from both the top-down and bottom-up yields a comprehensive and integrated, neurophysiological framework which aids in expanding each clients’ capacity to regulate emotional, psychological and environmental factors within the context of their movement and pain experience.